February 10, 2017
John Wick: Chapter 2 is the sequel to the 2014 action thriller film John Wick and the prequel to the third installment in the franchise. The movie is written by Derek Kolstad and directed by Chad Stahelski, released to theatres on February 10, 2017. Keanu Reeves returns as the title character John Wick.

Shortly (about four days) after the events of John Wick, former assassin John Wick tracks down his stolen 1969 Ford Mustang Mach 1 at a chop shop owned by Abram Tarasov, brother of Viggo and uncle of Iosef. John dispatches Tarasov's men in a violent fight that heavily damages his car. He then spares Tarasov under the auspices of "peace" and returns home.

After Aurelio takes John's Mustang in for repairs, John is visited by Italian crime lord Santino D'Antonio. It is revealed that to complete his "impossible task" - which allowed him to retire and marry Helen - John asked D'Antonio for help. As a form of contract, D'Antonio swore John to a "Marker", an unbreakable promise symbolized by a "blood oath" medallion.[5] D'Antonio presents the medallion to demand services from John, but John refuses, claiming that he is "retired". In retaliation, D'Antonio destroys John's house with a fire-grenade launcher. Luckily, John and his dog are able to escape.

Winston, the owner of the Continental hotel in New York City, reminds John that if he rejects the Marker, he will be violating one of the two unbreakable rules of the underworld: no killing on Continental grounds and Markers must be honored. John accepts his commitment and meets with D'Antonio, who tasks him with assassinating his sister Gianna D'Antonio so he can claim her seat on the High Table, a council of high-level crime lords. D'Antonio sends Ares, his personal bodyguard, to follow and keep an eye on John.

In Rome, John books into the Rome Continental and visits The Sommelier (to buy guns), visits The Tailor (Angelo) and the Seamstress (to buy a new suit) and The Cartographer to see the plans for the D'Antonio estate. John infiltrates Gianna's celebratory party and confronts her. Faced with certain death, Gianna chooses to commit suicide. While retreating, John is ambushed by D'Antonio's men, who intend to "tie up loose ends" by killing him. After killing most of them, John is pursued by Gianna's bodyguard Cassian. Their brutal fight is halted when they crash into the reception area of the Rome Continental by Julius. As the two reluctantly share a drink, Cassian vows revenge for Gianna's death.

After John returns to New York City, D'Antonio opens a $7 million contract for John's death, leading numerous assassins to attempt to kill John, all unsuccessful. Cassian confronts John once again in the subway. After a brutal fight, John gains the upper hand and stabs him brutally. However, he spares Cassian's life out of professional respect. Injured and desperate, John seeks help from the underground crime lord The Bowery King, whose subordinates treat his injuries and guide him to D'Antonio's location. John kills D'Antonio's men and fatally stabs Ares after an intense fight, leaving her immobilized; however, D'Antonio is able to escape to the Continental. John follows D'Antonio there, and D'Antonio makes it clear that he intends to seek refuge in the Continental indefinitely. John, despite Winston's warning, shoots and kills D'Antonio, thus breaking one of the unbreakable rules and being declared "excommunicado."

The next day, Winston tells John that, per the High Table, the $7 million contract on John has now been doubled and offered globally. Thanks to Winston's influence, John is "excommunicado" instead of being executed for killing on Continental ground, meaning that he loses all access and privileges to Continental resources. Winston delays announcing John's ex-communication by one hour to give him a head start and provides him with a Marker for future use. Before leaving, John asks Winston to send a message that he will kill anyone who comes after him. John, suspicious of everyone, flees on foot with his dog. 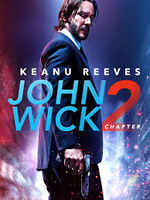 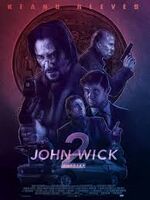 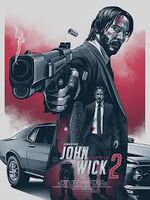